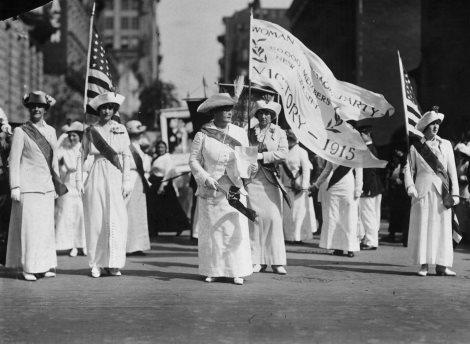 (This is the first installment of a two-part report. A shorter version appeared in The Biographer's Craft, Nov. 2020. For more of my reports to TBC, the monthly newsletter of the Biographers International Organization, click on "TBC Reports" in the right sidebar.)

On October 5, 2020, the Women Writing Women's Lives Seminar (WWWL), an ongoing discussion group of more than seventy women biographers and memoirists, celebrated its thirtieth anniversary by holding an online conference. The theme of the conference was "Nevertheless, She Persisted: 30 Years of Women Writing Women's Lives." Just in case you're wondering, "Nevertheless, she persisted" was said by Senator Mitch McConnell's in 2017 about Senator Elizabeth Warren. She had been filibustering the confirmation of Jeff Sessions as U.S. Attorney General. (Hey, until I looked it up, I thought she said it.)  McConnell's wisecrack immediately went viral on social media and was gleefully appropriated as a feminist battle cry.

In non-pandemic times, WWWL convenes monthly during the academic year under the aegis of the Study of Women in Society and the Center for the Humanities at the City University of New York Graduate Center. Sponsored by the Graduate Center's Leon Levy Center for Biography, by the university's degree programs in women's and gender studies, and by the Feminist Press, the event was attended by more than 150 viewers in the U.S. and abroad, many of whom submitted questions to the enthusiastic panelists. In practice and spirit, it strongly resembled one of the group's regular in-person sessions.

Sydney Stern, the organization's chair, introduced the program by explaining WWWL's mission: to explore societal changes in women's lives, roles, and status and promote "new ways of looking at and presenting women's stories," with the ultimate aim of "influencing the way women's stories are perceived and written." The two keynote speakers were Alix Kates Shulman and Honor Moore, editors of the forthcoming Library of America anthology, Women's Liberation!: Feminist Writings that Inspired a Revolution & Still Can, a documentary "biography" of Second Wave feminism.

Shulman said that the seminar, which was founded in October, 1990 by Deirdre Bair and Carolyn Heilbrun, was originally inspired not only by the feminism of the 1960s and 70s but by the growing awareness that opportunities afforded male writers were unavailable to women. At the time, Bair belonged to a discussion group for male and female biographers. But the special issues inherent in writing about a woman never came up in its discussions, and the social, cultural, and economic constraints that women have historically had to grapple with were routinely ignored.

Bair, then at New York University's Institute for the Humanities, was starting work on a biography of Anais Nin, while Heilbrun was writing a biography of Gloria Steinem. Bair approached Heilbrun about starting a hands-on manuscript group with others who were similarly engaged. Accordingly, a letter was sent out to a small number of women biographers and memoirists inviting them to start a group whose meetings would focus exclusively on the particular issues and technical challenges of researching and writing a woman's life; sessions would take place at Bair's institute. At the first meeting, to the astonishment and no little consternation of the founders, sixty eager women writers packed the room, and within a few years the number of applicants threatened to exceed the amount of space available.

WWWL now meets at the CUNY School of Labor and Urban Studies, with its papers and oral histories housed in the Robert F. Wagner Labor Archives at NYU's Tamiment Library. Sessions are normally attended by anywhere from fifteen to thirty members. But although the organization's scope and structure have expanded beyond Bair's original vision, its sessions remain robust, lively, and warmly supportive.

Panel One: "Nevertheless, Our Foremothers Persisted: Reflections on the 100th Anniversary of Women's Suffrage."

The opening panel epitomized the scholarly energy and wealth of information that has gone into uncovering the history of women's voting rights in recent decades. Moderator Jill Norgren, a legal historian whose many books include Rebels at the Bar: The Fascinating, Forgotten Stories of America's First Women Lawyers (2016), talked about Her Hat Was in the Ring! U.S. Women Who Ran for Office before 1920, a website she and two colleagues, Wendy E. Chmielewski and Kristen Gwinn-Becker, created to provide capsule biographies and information on women who entered politics before the ratification of the Nineteenth Amendment.

When they first started the website, Norgren said, she and her associates expected to discover "at most, three to four hundred women" who ran for local, state, and national office between the 1860s and 1920. Instead, within a few years they found more than 3,300 women who waged over 4,600 political campaigns, and the database is still growing. Norgren observed that, as might be expected, all but a tiny few were white Northern European Protestants. That said, all ran for office to demonstrate to an all-male American electorate "that women could be interested in politics." The entry of thousands of women into the  local, state, and even national political scene played an important role in getting Americans of both sexes used to the idea that women could be trusted with the vote.

Art historian Linda Grasso (Equal under the Sky: Georgia O'Keefe and Twentieth-Century Feminism, 2017) used photographs and magazine covers from the 1910s to illustrate the "racialization" of modern suffrage: the white radicals who produced magazines like The Masses portrayed the political liberation of (white) women as ushering in a future of freedom and democratic principles; on the other hand, The Crisis, the magazine of the NAACP, while it emphasized that women of every race would benefit from suffrage, depicted the struggle for Black women's voting rights as, above all, an aspect of African-Americans' long, arduous struggle for racial justice and equality. Novelist, journalist, and activist Louise Bernikow, author of Among Women (1981), a landmark book of feminist essays, talked about researching the decisive New York State suffrage campaign of 1917 and her immersion in the physical details of the lives led by New York City working women. Bernikow, too, reminded her viewers that suffrage was by no means the sole property of the middle-class white women who marched in white dresses; nor was it mainly an idealistic effort to make America more democratic, but a pragmatic necessity. "Suffrage wasn't an end in itself," said Bernikow. "It was going to get working women something—equal pay for equal work, better wages."

The last speaker, Betty Boyd Caroli, whose latest book on presidents' wives and other politically influential women is First Ladies: The Ever-Changing Role, from Martha Washington to Melania Trump (2019),discussed the role of presidents' wives in the voting rights movement. Caroli shared with her audience the unexpected and rather startling information that, to her knowledge, not a single first lady before 1920 ever recognized the existence of the crusade for women's voting rights, at least not openly. (In fairness, until 1914 women's suffrage was strictly a state-by-state affair. It also remained a hot-button issue for many Americans, male and female alike, before and even after 1920.) Not until Mrs. Warren G. Harding cast a vote for her husband in the first presidential election open to women, said Caroli, would a first lady implicitly endorse suffrage. But then, Florence Harding was a canny publicist who knew a first-rate photo op when she saw one.

I'll be posting a report on the second and third panels shortly. Meanwhile, to watch videos of the entire conference, click here.