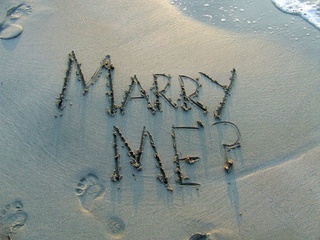 How long does it take a biographer to commit to a subject?

At the April, 2017 meeting of the New York University Biography Seminar, four noted biographers talked about their current projects and how they came to them. Turns out that even for experienced biographers, the process of deciding on a subject can be long, circuitous, and complicated.

About a decade ago, journalist and former book editor Amanda Vaill was working on a biography of Jerome Robbins when she read Ron Chernow's biography of Alexander Hamilton. Thinking like a book editor, she immediately decided that a dual biography of Elizabeth (Eliza) Schuyler Hamilton and her brilliant sister, Angelica Schuyler Church, Hamilton's wife and sister-in-law, respectively, would make a great project for some lucky writer to pursue.

Not until 2015, when she saw Hamilton, the musical, at the New York Public Theatre, did the idea return—this time like a bolt from the blue. "You'd better start working on it," said her editor. "Once that show goes to Broadway, you'll have to get in line." Vaill, who has found letters from Hamilton to Eliza but none from Eliza to her husband, has concluded that Eliza herself destroyed them in order to protect her own privacy and that of her marriage. The void, she says, makes bringing Eliza's strong character to life a challenge, so she will try to find other means, such as using Hamilton's half of the correspondence to "write around" any lacunae, drawing on letters from other people that quote Eliza directly, and perhaps by a careful deployment of the narrative voice.

(Back to top)
Way back in 1990, political biographer Kai Bird became interested in writing a book about Jimmy Carter. But after profiling the former president in The Nation, he concluded that he himself wouldn't be the right biographer for this "complicated and misunderstood" Southerner.

Fast forward twenty-five years: Bird was planning a book about Ronald Reagan until two visits to the Reagan Library convinced him that the fortieth president, who had had scant interest in the written word, had left such a thin documentary footprint that his biographer would be "writing about an empty vessel." On the other hand, as president, Carter, who was both a reader and a writer, had "sifted through four hundred memos a day," frequently adding his own acerbic margin notes. Bird submitted a publishing proposal "the same week the news of Carter's brain tumor came out," and now his problem is the sheer wealth of unclassified and declassified information he has to deal with. For a presidential biographer, says Bird, "that's a good problem to have."

(Back to top)
In the late 1970s, journalist Lawrence Weschler, who is writing about the late, beloved medical storyteller Oliver Sacks, was a young staffer on the New Yorker. He sent Sacks a fan letter, they became friends, and before long Weschler had secured the neurologist's permission to write his biography.

Unfortunately, Sacks was terrified of letting the world know that he was gay, and despite Weschler's frequent reassurances that no one would care, two years and many notebooks later he asked Weschler to abandon the project. Their friendship, however, endured for another three decades, and eventually Sacks, who had long suffered from a severe writer's block, was able to resolve what Weschler called his "self-censure." Shortly before he died of cancer in 2015, he told Weschler to go ahead and write the biography after all.

Stunned, Weschler wondered whether he still could. "Thirty years ago," he said, "I was going full speed ahead on an aircraft carrier, and he had asked me to stop on a dime." Could he start the aircraft carrier up again? Then one day Weschler was, by chance, approached by the author of the popular photography blog, "Humans of New York." After his picture and a brief account of his predicament appeared online, Weschler received thousands of messages urging him to go ahead with the book. His enthusiasm restored by the kindness of strangers, he got to work again on what will now be an account of his friendship with the lovable but complex and frequently exasperating Sacks. ("It will be a memoir of my years of being Sancho Panza to his Quixote").

(Back to top)
Art critic Deborah Solomon is working on a biography of the octogenarian artist Jasper Johns. A self-described epitome of "the biographer as persistent obsessive," after publishing a story about Johns in the New York Times Magazine in 1987, she wanted to know and write much more about him. But she feared the article had burned her bridges with the great painter, who was intensely private, reclusive, and surrounded by an extremely protective coterie of friends ("I didn't want to be in the position of no one talking to me"). Nevertheless, she sent Johns a note saying, "If I could have one thing in the world, it would be to write your biography." Although she did not expect a reply, a year later Johns wrote back that he would be willing to meet with her at home.

They connected and became friends, but Johns continued to balk at the idea of a biography. Finally Solomon told him, "Someone is going to do it, and it should be me, because I love you and I will protect you." With that, Johns gave her permission to begin interviewing—"I cried; he offered me a tissue"—but only on the condition that she not publish the book while he was alive, to which she agreed. She thinks the research and interviewing are going well, but is also living with a certain amount of painful suspense ("I'm waiting for him to change his mind"). As for her subject's requirement that the book be published posthumously, whenever her editor asks her how it's coming along, "I always say, 'It's gonna be a while.'"

Reproduced and adapted by permission of The Biographer's Craft

wow very nice article.
Thank you very much for sharing..
I think you also like to read Ashley Resch Biography

Thank you so much--and thanks for the recommendation.