SHOULD WRITING BE FUN? 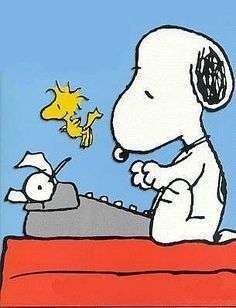 The other day I was thinking about what writers can learn from John Matteson's thirteen-year-old daughter when I remembered something Larry Niven once said.

In case you have never been a closet science fiction fan, Niven, who is the author of Ringworld, is also one-half of the writing duo of Larry Niven and Jerry Pournelle. Their most famous collaboration is The Mote in God's Eye, but my favorite is Lucifer's Hammer, a novel about a comet that hits the earth and destroys Los Angeles (as well as the rest of civilization, but that's incidental).

(Back to top)
Maybe it's the tidal wave that engulfs Santa Monica, or maybe it's reading about the traffic jams on the Pasadena Freeway as the residents try to flee to the mountains. All I know is, when research just feels like too much drudgery, or when what I've written seems heavier than the libretto of a Klingon opera, thinking about Niven and Pournelle's wonderfully dystopian tale always cheers me up.

So even though I realize that writing nonfiction is serious business, at the risk of sounding like a thirteen-year-old I'd like to share with you a comment Larry Niven made about the creative process: "Whenever things get stuck, I look at my characters and say to myself, 'Somebody's not having fun.'"

(Back to top)
Niven might have have been referring to his characters, but I like to think he was talking about himself, and when I remember his saying that, I remember why I write: to have fun telling a story.

Of course, constructing a narrative in a biography, or any other form of nonfiction, is probably a different kind of fun than telling a story in a novel. (More about the differences between them in the report I'll be posting here and in The Biographer's Craft, the newsletter of Biographers International.) I also realize that my idea of fun may differ from someone else's.

(Back to top)
But as far as the writing life is concerned, the principle is the same: when you're spinning a yarn, basically, it has to be fun. Maybe not all the time, but enough of the time to make the non-fun parts worth all the effort. Because if you can't let yourself enjoy your own creative process, your reader probably won't be able to enjoy it either. Wandering in the wilderness of research, or wrestling with the challenges that come with turning research into a narrative, can make us lose sight of that and conclude that engaging in what psychologists who study creativity call "serious play" isn't essential to good writing. But it is. It's crucial.

Besides, chances are that if you can figure out how to make telling the story fun again, sooner or later a solution to the problem you're trying to solve will pop up. Knowing that always cheers me up, too.