SO WHAT'S THE STORY? 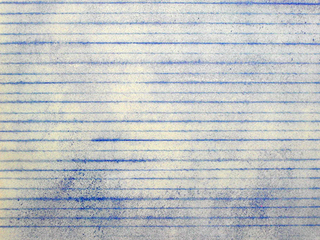 "Unwritten Story" (© Reproduced by permission of Hiroko Yoshimoto.)
That joke in the sidebar about the sculptor and the elephant may be an old saw (no pun intended), but it's a perfect analogy for carving a story from what may at first seem a daunting and, often, seemingly disconnected body of research.

Being able to define and project a story about the subject is among the biographer's first and most urgent tasks. For one thing, even in the early stages, having at least a hypothesis about the particular story you want to tell is the best way to get a grip on all that research. If only for that reason, understanding what "story" means for biography is critical.

(Back to top)
On the surface, that would seem simple enough. Most people equate "story" with "plot": a series of points in the action marking the route along which a narrative travels as it climbs hills, descends into valleys, and roars over flatlands on its way to its appointed destination. And since biography is nonfiction, presumably all the lucky biographer needs to do is tell what happened. She doesn’t have to invent the story from imagination, as a novelist does, merely collect the evidence and get it down on paper, or in cyberspace. The story is already there—an elephant waiting to be born, carved in stone by reality itself.

Or is it? As anyone who tries to write a good biography quickly learns, not much of the above is true. (Well, okay, I like my definition of "plot.") A serious biographer needs a good deal of creative imagination, although it's an imagination of a different kind than the novelist's. That's because story isn't the same thing as "plot," or even "narrative."

(Back to top)
Lisa Cron, whose Wired for Story, a book about what fiction writers can learn from brain science, urges her readers not to confuse story with plot, which is only about the externals of "what happened." "Stories," she says, “are about how we, rather than the world around us, change.”

As a matter of fact, biography is about both of those things—part of its appeal is that tracking how lives have intersected with history and society can show how the protagonist was affected not only by change in personal circumstances but by change in "the world around us." The basic principle, however still holds: in biography, just as in fiction and memoir, what readers find compelling, and what makes them keep on reading, is change. Which takes us into the heart of what "story” means for a biographer, as well as how it differs from plot and narrative.

(Back to top)
The best working definition of story I know for biographers comes by way of Vivian Gornick's short book for writers of memoirs and narrative essays, The Situation and the Story:

Every work of literature has both a situation and a story. The situation is the context or circumstance, sometimes the plot; the story is the emotional experience that preoccupies the writer: the insight, the wisdom, the thing one has come to say.

--Vivian Gornick, The Situation and the Story: The Art of Personal Narrative (New York: Farrar, Straus and Giroux, 2001), p. 13. (Italics mine.)

In memoir and the personal essay, Gornick writes, as in fiction, the book begins by describing an initial situation, or context, that produces a response from the narrator. This response generates a further situation or context, which requires another response, which produces yet another situation and response, and so on, until a final response resolves the story that has been building and stasis is reached.

Situation (or context, or circumstance), then, is not in itself dynamic. However, story, which comes from successive responses to "situation," is. The protagonist's unfolding emotional responses to situations and circumstances are what provide the engine that drives the tale and gives it its forward momentum.

(Back to top)
In biography, too, "story" provides that dynamic engine—with the crucial distinction, of course, that the subject's life and patterns of response are not those of the narrator but belonged to someone else.

Another obvious distinction is that in biography, story evolves not from the writer's memories and experiences but from the evidence provided by research. The narrator's interpretation of that evidence produces a narrative about the particular story the research seems to reveal and confirm.

Having a firm grasp on what the subject's story is to be (your version of it, anyway) and how you will develop it in the course of the narrative confers a tremendous advantage: that of knowing what to select from a mass of inchoate and sometimes overwhelming data. In short, it is "story"—the elephant in the block of stone—that determines what has to be included and what can be left out. You include everything that is elephant and cut away everything that isn't.

See? I said it was simple.

(Back to top)
To move beyond the zoological analogy: I find it helpful to think of the subject's story as a locomotive that runs along the track of the narrative, a track constructed from evidence. (In which case, are depots the plot? Or railroad crossings? Hey, cut me some slack: Sara, my protagonist, spent a lot of time on trains.)

If the locomotive thing doesn't appeal to you, just think of the story as the subject's lifelong pattern of response to changing problems, challenges, obstacles, and triumphs—that is, to situation—whose significance you, the narrator, will interpret for the reader as the book moves along.

Of course, that implies that the biographer has to have a point of view. But that's a whole different post.

Next: Pinning down the story.

(Back to top)
1 Comments

Wonderful, Dona. And of course I appreciate any recognition of Hiroko's extraordinary artistic gifts. I'll be saving this.