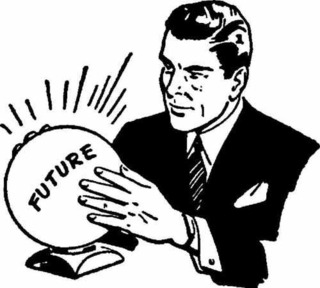 At the invitation of the NYU Biography Seminar, three veterans of New York publishing got together at New York University in February to talk about the current and future market for biography. The three were Jonathan Galassi, a long-time trade editor and the president of Farrar, Straus & Giroux; Eric Simonoff, an agent and the head of the literary division of William Morris Endeavor Entertainment; and biographer James Atlas, the editor of series of brief biographies to appear on Amazon's New Harvest electronic imprint in the fall (it will be distributed in hardcover by Houghton Mifflin Harcourt).

As has frequently been observed, the electronic revolution has thrown book publishing into a state of turmoil unprecedented since the invention of movable type. Publishers have traditionally been secretive about sales figures and statistics, which makes biography's future hard to predict.

Nevertheless, to judge from the discussion, the consensus seems to be that at the moment, the market for American biography is driven less by the electronic revolution than by trade publishers' desire for brand-name biographers with "monumental figures" as subjects. According to the three participants, this trend, in turn, is driven by the predilection of biography's largely middle-aged audience for familiar subjects and authors. (Think: "Julia Child: The Path to Power," by David McCullough, Bill O'Reilly, and Winston Churchill.)

(Back to top)
However, Galassi said that based on his own observation, biography sales haven't changed much in the forty years he's been in publishing, either for better or for worse. That said, publishers are still buying, and getting excited about, biographies they expect to be critically important. He also noted that editors don't publish influential books in the hope that they'll make money. "Books that are doing pioneering work," he said, "have to struggle in today's marketplace. But good books always have."

Given the reluctance of traditional trade publishers to take on biographies of little-known subjects, should writers with such subjects despair (or turn to a university press)? Not necessarily: Galassi said that even if the subject is unknown, if a book proposal is sharply focused and proves that its author can tell the story well (better yet, "deliciously"), it will be published. A lot depends on the writer's ability to engage the editor, and presumably also the readers who will be asked to pay good money for the book.

(Back to top)
Succinctness, Galassi added, is also a recommendation. "Biographies are getting longer all the time. That's not good, because the book becomes even more expensive to produce." The excessive length and costliness of publishing a full-length biography, he said, is one reason publishers are increasingly resistant when authors insist on a lengthy notes section. It's also why fewer cradle-to-grave biographies are being published.

How much of an advance can a biographer hope for these days?

The answer to that depends on many factors, including the size and nature of the publisher (trade versus academic), and of course the project itself. On its face, Eric Simonoff's answer sounded encouraging: Simonoff estimated that his own clients get anywhere from mid-five figures to low six figures. However, he cautioned that, in view of the years it often takes to research and write a biography, even six figures might not amount to much in the long run. "That's why most biographers also have academic day jobs."

(Back to top)
Short-form biography, on the other hand, may hold promise in the eyes of some commercial publishers.

Amazon's James Atlas, who founded the short-form series, Penguin Lives, at Penguin Putnam, noted that short-form biography is just a modern version of the traditional, and respected, essay biographies widely read and popular for much of the twentieth century. Atlas, whose goal is to produce twelve biographies of fewer than 40,000 words, is convinced that biography lovers will want to invest in biographies written by noted authors that cover a subject engagingly but quickly. (He is also convinced that Amazon's audience can live without footnotes.) He said that he is encouraging authors to "explore their own engagement with the subject," including "how they found the story," because readers have shown that they're interested in the personal element.

(Back to top)
Finally, what can biographers themselves do to help sell their books in the age of Big Media? The answer: try to think outside the box. As examples, James Atlas advised identifying unusual angles in the story or the life that could be the basis of a magazine article for a large niche audience, such as a travel or military audience, and Eric Simonoff described how a biographer of Pablo Neruda gradually developed a large following on Twitter simply by tweeting a quotation from Neruda's poetry once a day.

Simonoff said that for biographers who enjoy social media or have an affinity for it, sites like Twitter and Facebook can be ideal for developing such a niche audience, although it takes years to do that. "If you feel comfortable with blogging or social media and you have a book coming out in five years," he said, "start yesterday. If you don't have an affinity for it, though, don't do it, because it isn't worth doing badly." Such writers, he said, will do better putting their time and energy into writing the book.

—A shorter version of this article appeared under the title, "The Current Market for Biography," in the March, 2013 issue of The Biographer's Craft. Adapted by permission of the editor.