DEALING WITH THE MESSINESS 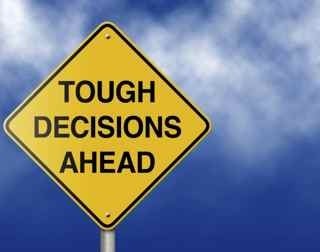 Maybe it's just me, but on the whole I'd prefer to like and admire someone I've chosen to spend years living with. And while few biographers expect—or even want—their subjects to be squeaky clean in every aspect of their public or private lives, being able to identify with the subject, at least in part, can help a writer survive the long haul of writing a biography.

On the other hand, as Deirdre Bair found when researching the life of Simone de Beauvoir, identifying with the subject can be a handicap as well as an advantage. Identification and empathy both have the potential to cloud the biographer's judgment, making it difficult to decide what to do with apparent inconsistencies—and also with blatant departures from what made us admire this figure in the first place.

(Back to top)
At the conference celebrating the 25th anniversary of the Women Writing Women's Lives Seminar, more than one panelist brought up the tough decisions biographers face when unflattering, inconsistent, or damaging information turns up about someone the writer admires.

For instance, Carla Kaplan, author of Miss Anne in Harlem and Zora Neale Hurston: A Life in Letters, had to deal with the troubling information that the famously independent Hurston volunteered to name names for the House Un-American Activities Committee in the 1940s—at a time when Hurston "was on her way to being known as a rebel, an anti-establishment icon."

(Back to top)
The discovery, Kaplan said, was personally painful. It was also painful because it was controversial, and could be used to attack or undermine Hurston's future reputation.

Upon reflection, however, Kaplan—who is currently working on a biography of another controversial figure, writer and journalist Jessica Mitford—decided to let herself be guided by what she calls "my commitment to mess" (a phrase I take to mean the historian's obligation to account for the full complexity of the facts she uncovers).

Kaplan said she considers it incumbent on feminist historians in particular not to whitewash subjects they hope to hold up as role models for future generations—"It's important to remember to tell a messy story." She decided, she said, "to tell the messiest, most complicated story I possibly could" about Zora Neale Hurston.

I'll post more about this and another recent event of interest to biographers over the next week or so. Meanwhile, other recent posts: