ROBERT CARO AND THE POWER OF PLACE 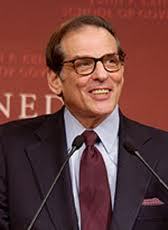 Speaking of the power of place, no one knows more about that than Robert Caro, who appeared at the 2011 Compleat Biographer Conference luncheon to accept this year's BIO Award for his contributions to the art and craft of biography in his books on Robert Moses and Lyndon Johnson.

His acceptance speech about the value and importance to a biographer of capturings setting vital in shaping a protagonist's nature and decisions was the highlight of the conference. (You can watch a video of speech on BIO's website.) According to the journalist,

By understanding and describing setting, said Caro, the biographer can wield a power similar to the novelist's: the power not only to create in the reader a vision of the character's own reality but to persuade him to accept the biographer's conclusions about that reality.

Back to top
As examples, Caro read two passages from The Path to Power, the first volume in his biography of Lyndon Johnson.

Soon after beginning his research, Caro and his wife and research partner, the writer Ina Caro, moved to Johnson City in the West Texas hills, where Lyndon Johnson grew up. In order for Caro to gain a deeper understanding of that country and grasp first-hand the emotional impact of living in the bleak, empty West Texas landscape, they stayed for the better part of three years.

Caro then read from a section describing the lonely, back-breaking, poverty-ridden life of ranchers in the remote and desolate West Texas hill country where Johnson grew up, a poverty that impelled the future President to seek political power in Washington. His description of how Johnson's mother, a college graduate, would have seen and experienced such a setting as a young bride is a triumph of literary journalism.

Back to top
The second passage concerned the route Johnson took to his office every day when he first came to Washington as a young congressman. According to Johnson's secretary of the time, Johnson was invariably running whenever she him on their way to the Capitol.

Curious as to what could have prompted Johnson to run to work every day, Caro retraced his subject's route on foot by starting at the shabby basement apartment Johnson lived in at the time of day Johnson would have left it, then making his way to the Capitol.

I won't reveal here what Caro concluded. But his description in the second passage is, among other things, such an accomplished piece of literary persuasion that by the time he finished reading, I couldn't but feel convinced that he had guessed right about what drove Johnson to hot-tail it to the office. As Caro said in his speech, "showing the reader what Johnson saw" all but eliminates the need for the biographer to explain his thinking. Skillful description paints the right picture, and reader empathy does the rest.

Back to top
I have to admit that I'm uneasy with the idea that "lecturing the reader"—if "lecturing" means "saying what the biographer thinks outright"—is always a bad thing. One of biography's great merits as a form of narrative is that, unlike fiction but like history, it offers an opportunity for a reasoned dialogue with its audience, and there are times when a cogent, well-written "Here's what I think" serves the reader better than artful insinuation, especially when artful insinuation is deployed to paper over a lack of evidence or unfounded assumptions.

Which is not to accuse Robert Caro of such a sin. He's a stunning writer, and I and everyone else went away on an inspirational high. In fact, he had me so sure that he was right about the impulse behind Johnson's sprint to the Hill every day that I was almost ready to run for Congress myself. Except that having listened to what he read from The Path to Power, I couldn't decide whether to rush out after lunch to re-read the book or just go back to my hotel room and kill myself.

Go to the BIO website, click on the red button, and hear what he has to say. What do you think?