GETTING ORGANIZED, 2: AN EASY PATH TO YOUR FILES 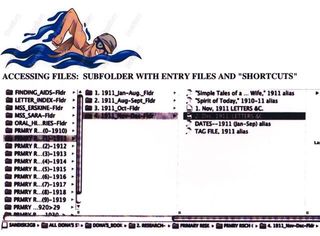 Fig. 2. This screenshot shows how I reach the files where I store notes and excerpts from primary sources (Col. 3). (Click on the image to enlarge it.)
This is the second of two posts about setting up an online filing system to store primary research findings.

In my last post, I discussed how I organize MS Word for SARA AND ERSKINE, AN AMERICAN ROMANCE on the principle of (mainly) the time period they cover. This post discusses the Word files containing my primary source notes the folder pathway that leads to them. (See caveat.) Note: I'll be discussing how I organize secondary (background) files in a later post.

*
In Fig. 2, Col. 1, I've highlighted a folder named "Primary Research: 1911." Col. 2 divides up the months of 1911 into subfolders. These contain my entry files, along with icons of any other files I need while entering findings and making notes. This arrangement derives from two questions I asked myself when I began working on my first book:

1. How large can an entry file get and still be manageable? In 1911, for example, Sara and Erskine wrote each other hundreds of letters (1911 was the year they began their affair). Each one has to be read, analyzed, and annotated if a researcher is to understand fully what was happening—understand not only the events they wrote about daily, but what was happening in their rapidly evolving relationship.

That means lots of entries full of excerpts, notes, and annotations, and since I frequently revise my conclusions after discovering new information, the entries tend to get longer with time. Yet the files that contain them have to be limited in size, or a researcher won't be able to search in them or maneuver easily within them while working on something. I've found that I can keep files to a manageable size and retain maximum flexibility by organizing each main folder into four subfolders of yearly "quarters," with one or more entry files in a subfolder.

Thus, by looking at Col. 3, you can see how the subfolder for "1911_Nov-Dec" contains two large (420 KB) Word files, one for November and one for December. (Click on the image to enlarge it.) On the other hand, the first subfolder, "1911_Jan-Aug.19," has only two entry files because the affair was just beginning during those eight months. By the same token, "1911_Oct" gets its own file because there was lots of melodrama going on at that point and therefore lots of letters flying back and forth, with plenty of opportunity for annotation and commentary by an observer.

Keeping the file size under about 500 KB makes searching and maneuvering relatively easy. And if a single file shows signs of becoming unwieldy, I can always create additional monthly files without having to rearrange an entire folder path.

(Back to top)
2. How can I access other files I need while I'm working on an entry file? Researchers often need quick access to related files of one sort or another: timelines, photos, weather records; you name it. For example, Sara rarely dated her letters to Erskine or anyone else, which means that I constantly need to look up information that will help me establish when a letter was written. Yet dropping what I'm doing to hunt around for other files that may be stored several directories and folder paths away can lead not only to mistakes but to losing valuable insights.

To minimize the length of interruptions, I make liberal use of icons known as "shortcuts" or "aliases."* Shortcuts allow the user to access any document or folder elsewhere in the program. By populating a subfolder with shortcut icons I've created from relevant files or folders elsewhere in my filing system, I can open anything I want without having to interrupt my work or train of thought for more than an instant.

For instance, if you look in Fig. 2, Col. 2, you'll see that in addition to the files for November and December, 1911, the subfolder contains four shortcut icons: the top two open files of Sara's writings that cast light on the events in the letters, while the two lower ones can help establish the dates or chronology for a letter or a group of letters. A folder or subfolder can hold as many shortcut icons as needed.
*

* If you've never used shortcuts—"aliases" in Mac—get ready for a great little invention. Shortcuts are files that aren't actually there. Their icons sport small arrows to distinguish them from regular data files. They're named for the files they open when you double-click them to work in a file (or folder) that may be many directories away.

For example, let's say you have a file named "Julia Child's favorite macaroni and cheese recipe" that you need to resort to frequently. You could make a shortcut or alias icon for it and put that wherever you need to have the file available; say, when you're writing about your subject's cooking hobbies.

In addition to serving as cybernetic wormholes, shortcuts can also provide you with lists of the files you need to remember to consult in the future. Or you can use groups of shortcuts as reference guides to topics related to one you're currently working on.

In future posts, I'll talk about the actual entry notes and how I then copy them to another file that helps me with the detective work a biographer has to do. I'll also discuss secondary or background files. Finally, I'll talk about a system of keeping track of my sources by embedding them within the text itself as I write.