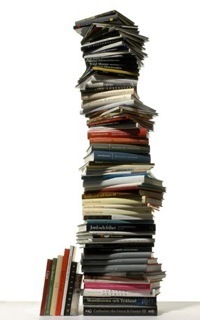 At a recent session of the New York University Biography Seminar, members Gayle Feldman and James Atlas invited four well-known trade editors to come and discuss whether biography has changed, what the editor contributes, and the hopes and expectations they entertain for the biographies they acquire.

Tim Duggan, publisher of Tim Duggan Books at the Crown Publishing Group, doesn’t think writing biography or editing it has actually changed much from twenty years ago. Above all, he said, it remains “a huge undertaking” that can take years to complete. The glacial speed at which biography is produced, he observed, makes it "impossible to justify publishing only biography."

(Back to top)
However, an editor's reason for taking on a serious biography is in any case less likely to be driven by visions of bestsellerdom than by the subject's perceived value, the quality of the writing, or both.

Doubleday vice-president and executive editor Gerald Howard said that while biographies aren't regarded as money-makers, in respected critical venues biography remains the most frequently reviewed nonfiction genre. “In our world," he said, "success is being reviewed in the New York Times"—if possible, he added jokingly, by Dwight Garner. This personal and professional investment in a biography’s critical success has practical ramifications for authors, who look to their editors not only for encouragement and moral support over a long period but also for the enthusiasm that can translate into persuading other departments to support the book when it is published.

The question of what “the right length” for a biography is produced some predictable hedging. Ileene Smith of Farrar, Straus and Giroux, who also directs the short-form Yale Jewish Lives series, said she favors books that are “a little bit shorter.” Robert Weil, editor-in-chief and publishing director of Liveright, a division of W. W. Norton, said that “the trend is for shorter, but I see plenty of long ones.” Anyway, as far as he was concerned, the "right" length “depends completely on the biography.”

(Back to top)
Evidence suggests that it can depend on the subject as well. James Kaplan’s biography of Frank Sinatra was threatening to reach 1,800 pages until Doubleday’s Howard got together with the author and agreed to publish the book in two volumes, the first covering Sinatra’s career as a recording artist (The Voice, 2011, 800 pages) and the second his years as a concert artist (The Chairman, 2015, 992 pages).

Such cases notwithstanding, biographers without a Sinatra, a Lyndon Johnson, or a Roosevelt (take your pick) to contend with will find that editors tend to discourage first drafts crammed with extraneous detail that swamps the story. On the other hand, the writer can draw comfort from the fact that (as Liveright's Weil pointed out), with help from the critical but sympathetic eye of an enthusiastic editor and maybe one, two, or or even three rewrites, he or she is likely to gain more of the confidence that can turn a biographer into the master of a story rather than a slave to the research. “That doesn't always happen,” Weil acknowledged, “but when it does, it’s fantastic”—for the editor as well as the writer.

(Back to top)
The Right Approach for the Right Subject

The panelists didn’t think a famous subject was necessarily required to lure an editor; furthermore, they said, there is more than one way to tell an interesting story. Biography, said Ileene Smith, has become more “elastic," sometimes blending autobiography or memoir with traditional biography, as Patti Smith did in her award-winning memoir of her years with Robert Mapplethorpe. In addition, Bob Weil noted, a biographer may be able to make the story of an unknown person more interesting by making the writer's search for information part of the narrative. “If a biography is beautifully written, you can do what you want.”

The editors concurred, however, that it is crucial for writer and subject to be well matched. Just as a perfect match has the potential to produce an extraordinary book, the wrong one almost invariably leads to disaster. For this and other reasons, Tim Duggan advised choosing a subject carefully, if only because, given the length of time biography takes, “this may be the only biography you will ever write.”

(Back to top)
Asked about “authorized” biographies, he said that he prefers the term “full cooperation” to one suggesting that the subject or estate has the right to control the content. If such cooperation is essential and can be secured in no other way, the biographer might agree to the subject’s right to see the book in advance of publication, but not to criticize or amend it. Under no circumstances should a biographer agree to conditions that might result in an attempt to rewrite or kill the book, as happened to Jonathan Bate when he was completing his biography of Ted Hughes. Bate, said Duggan, initially enjoyed “the full cooperation" of the poet’s estate, only to see it withdraw permission for Bate to quote from unpublished sources. The book ultimately appeared under the title, Ted Hughes: The Unauthorised Life.

(Back to top)
A number of audience questions touched on issues concerning the future of traditional biography. Why, for example, are there so few biographers of color? Will email erode the accessibility of written correspondence—a vital source of information—and if so, will biographers have to rely more on speculation than at present? Will publishers start putting out shorter, less thoroughly documented biographies in hopes of attracting younger readers whose attention spans seem geared to a fast-paced, multitasking electronic lifestyle?

None of the panelists cared to predict how such trends will influence biography in the long run, but Gerry Howard offered some grounds for optimism. The past, he said, demonstrates that standards of scholarship haven’t deteriorated with time, but improved. For instance, Catherine Drinker Bowen’s 1944 Yankee from Olympus, her breezy and enormously popular life of Oliver Wendell Holmes, was “terrifically entertaining,” but “you couldn’t get away with it today” because modern biographers are expected to document their opinions. Fashions in biography change, he said, but the nature of the genre is for them to change slowly. Which, in the modern world, may not be a bad thing.

Reproduced and adapted with permission from The Biographer's Craft

Very interesting blog. A lot of blogs I see these days don't really provide anything that I'm interested in, but I'm most definitely interested in this one. Just thought that I would post and let you know. Hina Khan Education

Thank you so much--I'm glad you've been finding it useful.

I am very happy to see this type article. it is very useful and exciting. the best blessings of this article is giving properly idea to each and every readers and also it's giving correct impressions. Looking forward to new article.

I have read your blog and I found the amazing tips you have shared with us is really interesting. I want to thank you so much for publishing this kind of fantastic useful blog. https://www.dollaronewebhosting.com/ keep doing great work.